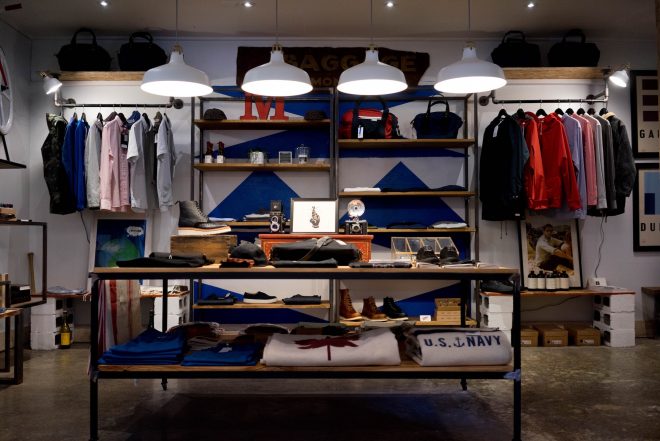 Over the last few months, clothing retailers across the world have moved to selling their goods online. This has worked out OK for some retailers.

How do you evolve when your in-store experience and one-on-one attention is part of your brand and your competitive advantage? How can you still serve your loyal customers that are used to basically having their own fashion sommelier?

GOTSTYLE is one of Toronto’s most singular shopping experiences. They began on King Street with a “store” that felt more like a private club. They offered two lounges, a DJ booth, the first in-store barbershop in Toronto, and a full spa for men. They later moved and expanded their operations to the ultra-chic Distillery District, with a 7,000 sq. foot men’s and woman’s shopping emporium.

But recently COVID has forced their customers to stay home. So where does GOTSTYLE go from there?

GOTSTYLE was able to weather the early storm of the COVID crisis and the lockdown measures that kept them from opening their doors. Now, however, they have re-opened their doors to the public on an appointment-only basis. They’re once again able to offer that one-on-one attention that has become synonymous with their brand.

However, GOTSTYLE’s founder and brand master, Melissa Austria, knows that this will not be simply going back to normal.

“We’re starting to see what the ‘new normal’ is going to be,” said Austria. “We did a soft opening of the store yesterday by appointment only. So, we actually had about five appointments booked.”

The appointment-only system does preserve the intimate GOTSTYLE shopping experience. However, Austria said that they’re looking to capture that same experience and parlay it into videos.

“We did shoot a video last week. I’m happy with the look and feel of it. It’s definitely something that I would want to redo every time the merchandise in the store flips.”

A Different Type of Influencer

Over the last few years, the term “influencer” has grown to be a fulltime job title and the world of fashion has been at the forefront of this revolution.

However, Austria said they have been a bit hesitant to go all-in on influencers personifying the GOTSTYLE brand. Instead, they prefer the more authentic reach of a “micro-influencer,” like the ones they can reach via rBux.

“For me it’s more of an authentic way of doing it. Because, other influencers were like, ‘Yeah, just send me the product and I’ll post something on my feed.’ That’s all they do.”

Marketers are starting to realize that an authentic micro-influencer can drive more sales. They may not have as much reach, but they have far more impact on actual purchase decisions from within their network.

“I do think there’s something to be said about the fact that this influencer is your friend. You trust them, really. And if he’s making a suggestion, you’re going to listen to him more than somebody who’s got a hundred thousand followers,” said Austria.

GOTSTYLE is in the early stages of working rBux into their online experience and their Shopify presence. We look forward to continuing this story in the weeks to come to let you know what type of experience they have had and what type of ROI they have seen.

ABOUT rBux | The Social Commerce Economy

rBux is the social commerce network that takes referral marketing to the next level using social conversations and customer engagement to create discussions around products. Everyone’s an expert at something and rBux enables these people to share their expertise and experience, build their network and receive rewards for referrals – all through product sharing. Our social sharing platform empowers these people to develop the influencer within by giving them a voice.